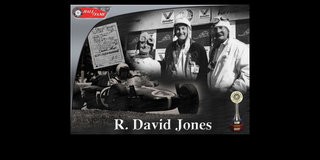 Sports Car Club of America® has learned that R. David Jones, inducted into SCCA’s Hall of Fame in 2010, has passed away. A member of SCCA’s Texas Region, Jones joined the Club in 1959 after showing up at Eagle Mountain Air Base in Texas expecting to compete in a drag race. However, he discovered instead a sports car event going on. He stayed, learned more, and eventually became a volunteer worker, met drivers and later began crewing for them.

A lawyer and businessman specializing in security systems and automotive electronics, Jones’ participation in the sport led to an opportunity to begin driving while also becoming more heavily involved in helping run the local club. He rose through the ranks, raced successfully for years in several different classes, and held a variety of Divisional positions. He later served on the SCCA® Board of Directors where he was Chairman of the Board for a record seven years, helping the Club navigate through some tumultuous times.

Jones’ tenure as Chairman witnessed the creation of Spec Racer and the purchase of ProSolo by SCCA. In 1986, his efforts earned him SCCA’s Woolf Barnato Award -- the Club’s highest honor presented to a member who has made the most outstanding long-term contribution.

Mike Cobb, SCCA President & CEO, was friends with Jones and said, “I was blessed to meet R. David early in my new assignment as President/CEO of Sports Car Club of America, and I received much valuable guidance from him. He was a strong leader, supporter and advocate of SCCA and someone who will be greatly missed both personally and professionally. Our collective thoughts and prayers go out to Sherri and the entire Jones family.”

While R. David’s presence will certainly be missed, his legacy certainly lives on thanks to his passion, dedication and willingness to share his experience with others coming up through the Club.