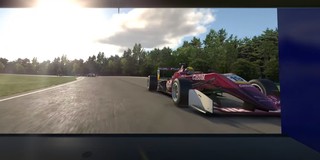 The second season of the Hoosier Racing Tire SCCA® eSports Super Tour kicked off Thursday evening from virtual VIRginia International Raceway. A fan and driver favorite, Paul Newman called VIR, “heaven on earth,” and the iRacing version of the track retains the real-life version’s character—including the iconic Oak Tree that was destroyed by a storm in 2013.

The first of six season events comes on the heels of an announcement of prizes for this season’s champions. In F3, the winner will be offered a free seat in a Competition One Racing FE2 SCCA Road Racing car for a drivers school at Blackhawk Farms Raceway. On the Global MX-5 Cup side, the winner will receive a set of brake pads and rotors from Hawk Performance along with a set of shocks from KONI, all to help prepare their car for a complementary entry into the 2020 Tire Rack SCCA Time Trials Nationals Powered by Hagerty at NCM Motorsports Park September 24-27.

With high-speed straights, challenging turns and dramatic elevation changes, the second season of the Hoosier eSports Super Tour got kicked off with two exciting races.

A single-car qualifying session placed Paul Darling on the pole in F3 with Max King on his outside. Michai Stephens and Andrew Pallotta filled the second row. From the start, Darling took a small lead over the rest as an incident back in the pack stretched out the field heading through the first several corners. By the fourth lap, King had caught Darling and made a pass for the lead in Turn 1. By the time they got to Hog Pen, Darling was ready to regain the position. Throughout the race, the two battled closely for the lead. The open setups in the series came into play as Darling appeared to have more straight-line speed while King’s car seemed to handle better through the technical elements of the track.

A couple isolated incidents allowed Pallotta to rise from fifth to third on the fourth lap, with Evan Rakusin not far behind. By lap six, Rakusin was past Pallotta, but the two continued to race closely, switching positions—sometimes several times each lap.

Darling regained the lead early on lap 11 but in their close battle, incidental contact—potentially from a streaming delay—caused significant front-end damage to Darling’s machine, taking him out of the race. From there, King cruised to the win by a 3.719-second margin.

The battle for now second position between Rakusin and Pallotta continued to rage until Rakusin slid off track in Rollercoaster. Pallotta held second position through the last few turns with a margin over Rakusin at the line of 4.481 seconds.

With 77 drivers registered for the MX-5s in season 2, the customary 70-minute practice session has been replaced with a weekly tournament qualifying session to determine the top 55 drivers for the week. Those 55 are then dropped into the normal 15-minute qualifying session to set the grid. This week, John Allen claimed the pole position with Luke Pfeiffer on the outside of the first row. Jack Tranter and Mark Shrivastava made up the second row.

Just like the F3 race, polesitter Allen took the lead early while the pack filed into a single train quickly on the twisty 3.27-mile track. On the fifth lap, the lead pack of six was reduced to four due to a racing incident between Pfeiffer and Tranter. Allen continued to lead over DJ Alessandrini, Ryan Maloney and Michael Carter.

On the ninth lap, Alessandrini took over the second position and started testing Allen, looking for opportunities to use later in the race. As he took the lead in Hog Pen, Maloney and Carter made contact early in the turn, sliding across the track and narrowly missing the two leaders.  Both recovered and continued to battle.

For several laps, the exit of Oak Tree became a drag race between Alessandrini and Allen. Alessandrini won each until the last lap when Allen got a phenomenal run down the long straight away, allowing him to clear Alessandrini before heading into Rollercoaster. Neither driver made a mistake through the last five turns and Allen took the win over Alessandrini by 0.137 second. Carter claimed the final step on the podium, just over two seconds behind the top two. In celebration, Allen did a couple donuts on the front straightaway following his cooldown lap before parking his car in the pits.

The Hoosier Racing Tire SCCA eSports Super Tour continues next Thursday, June 4 at virtual Michelin Raceway Road Atlanta, with sessions starting at 8pm EDT and broadcasts streaming live on Facebook and YouTube starting at 9pm EDT. Stay up to date on all SCCA eSports news on the eSports webpage, and never miss a broadcast by liking @SCCAOfficial on Facebook and subscribing to Sports Car Club of America on YouTube.